Sometimes the work will not be obvious

We approached this third day working on our bus with some apprehension. The last time we worked ourselves silly, and left with sore ‘everything’s. At 0530 in the morning, we even paused to consider not going this last Thursday. Yes, maybe a little too soon into this whole project to be thinking this way, but as I said, we worked ourselves silly the previous time and are all too aware that we would likely do the same this next day.

On arrival, there was another city bus waiting to pick up the seats that we didn’t want. We had luckily been contacted by someone from the Sydney Bus Museum who wanted all the bits and pieces that we weren’t keeping. He helped to clear the space for further demolition (on the inside, of course). After that, we could begin our day of stripping the inside.

In the final minutes of the second day, we had just started to tackle the wooden flooring. This, we discovered, was completely riddled with thick, rusty screws along the edges. Despite various attempts to loosen and get the one little piece at the door to lift up, we couldn’t get it to budge. We once again praised the construction of the Mercedes-Benz, and wished they had been a little more lazy in trying to keep all the parts together…seriously.

What we did on this third day of bus conversion..

In the early minutes on the third day, we went back to this stubborn piece of wood. However, we soon put down our tools, and made our planned trip to Bunnings a little earlier that day. Equipped with a much bigger crow bar, ‘Hoorah!’, we felt just a touch more prepared to not let the screws win. Up the wood came, showing evidence of a couple more screws we hadn’t seen, and now a big fat gap, where there is no metal floor, is showing near the front door. Okay! So on to the next bit of wood. Geoffrey made faster work of getting the screws up, with me uncovering them as best as I could. We heaved at this wood, and…ah crap! There is no metal flooring beneath these wooden boards! So guess what? Yes, you’re right. We left the flooring for another day of fun to explore all we don’t know about how to correctly install new floors into a bus.

Back to the dreaded ceilings. I can’t remember if I mentioned in an earlier post how much we were prepared for an all out battle with removing the ceilings. At the back of the bus we had tried to remove a triangle-piece of construction used to build up a back-rest of the seat, and this was stuck down with what we have now discovered is called Sikaflex. Sika-whaaaat! This stuff is lethal. It does not budge. For anything! While we were at Bunnings earlier, we had tried to find a chemical that might help dissolve this stuff magically, but apparently nothing can. Except brute strength.

Hence, that is what we did. With a lot of help from a blow-torch (yes, we are hardcore), Geoffrey would heat up this Sika-stuck-for-life-flex, while I used our most impressive crow-bar to separate the ceiling from the frame underneath. While trying not to burn any wires or insulation that was now showing itself.

We didn’t give up until we had to…

Many, many times we were tempted to throw in the towel. We eventually did stop with a bit of the panelling still hanging there at the end of the day. For what we visibly achieved, we can’t really rate. But the effort it took, we gave ourselves a gold star. Sadly it means that the ceilings are still waiting for us this Thursday, but we now have a bit of experience in what is required.

We keep hearing it, and it is all too true already: this is the hardest part, but the most necessary! Definitely cannot wait to be building in structures, and finding out where we will be putting our compost toilet.

Thank you for reading again guys! Not much to update, but thought I would let you know that not every week feels like much of a win, but it is just one step closer to getting it done 🙂 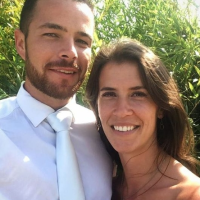